Even though she was an incredibly difficult case, Sensory and Sheree never gave up on our baby, even when we were about to give up ourselves. We kept making those small steps, those tiny victories, and then all those tiny victories came together and Mia connected the dots and she started to eat – just a tiny amount at first and then slowly gained traction. Then, one day, everything came together for Mia, she woke up and decided she was going to eat. It was miraculous – she started eating and hasn’t stopped trying new foods or eating for a second since!

In January of 2012, my husband and I found out we were pregnant with our third child after having a miscarriage. We were so excited to have another child after suffering a miscarriage during our second pregnancy. We made it past the 1st trimester and happily went in to an ultrasound center at 16 weeks to find out the sex of our new addition. We were so happy to find out we’d be having another beautiful daughter, but yet, the ultrasound took much longer than the 30 minutes we paid for and I remember seeing the sonographer’s expression of deep thought. My excitement outweighed my sneaking suspicions, until a few hours later when I received a phone call from our obstetrician and heard the words, “Something is wrong, you need to come to the office tonight.” It’s amazing how pure joy can turn into terror with one simple sentence. The next days, weeks, and months were extremely emotional as tests were run and we found out our baby girl had something called 22q11.2 deletion Syndrome, or as most abbreviate it, 22q. As part of her diagnosis she had developed a heart defect called Tetralogy of Fallot that would require an intense surgical intervention. We were terrified of all the unknowns. Then Mia arrived and we realized that her diagnosis didn’t matter and that she was perfect even through all the medical “ flaws” she was diagnosed with.

She struggled very hard her first two years of life. She had intestinal surgery at 1 week old and a heart stent placed shortly thereafter during her one month NICU stay. She was sent home with a Nasal-Gastric (NG) tube that we learned to thread through her nose down to her stomach so we could feed her because she was too weak to suck her bottle long enough to sustain her own life. Not long after, she had a two week hospital stay for RSV at 3 months old, and then two heart surgeries at 6 months old with a two month stay due to complications breathing. Due to these complications she was on and off a ventilator for days at a time while conscious. At 7 months old she was diagnosed with severe reflux and had yet another surgery which wrapped her stomach around her esophagus so she couldn’t physically reflux and at that same time she had a g-button placed. She had previously taken small amounts of food via her bottle and was fed via her NG tube through a feeding machine that would slowly feed her over an hour or all night while she slept. Her reflex prevented her from eating any quicker or she would throw it all back up.

With her g-button placed in her belly, we could feed her through a tube in her stomach – although we still couldn’t feed her very fast due to her small stomach and all the pain she was in. At this point we had watched her struggle to eat without pain for 8 months. In addition, she had become very afraid of anything near her mouth due to all of her intubations with the ventilator. We had tried therapist after therapist, therapy after therapy, with no progress besides getting her to swallow her own spit with vital stim therapy. She would turn her head from food and bat it away. She wanted absolutely nothing to do with not only food but anything that was put near her mouth, and would even start to cry and eventually get angry upon being presented with food. The official diagnosis was extreme oral aversion, or, in other words, she was literally afraid to eat.

We were at our wits end – tears and frustration almost daily – when we went to Cardinal Glennon for a cranio-facial team visit and an angel intervened. I chatted to a therapist about our frustration with finding clinics and therapists that specialized in feeding and she immediately recommended her former employer – Sensory Solutions. We had been trying for months to get in contact at Children’s at a feeding clinic and couldn’t get answers. We called Sensory Solutions and within a week we were off and running with a plan to get Mia to eat.

We made small baby steps for a long time, but all the little victories of just getting her to play with food, getting her to open her mouth voluntarily instead of clamp it shut, letting us inside her mouth with therapy tools, letting actual food sit in her mouth, getting her to sip from a straw, getting her to making even the slightly chewing motion with her jaw, and gaining the strength and skills that seem so natural and so small to others but were huge steps for Mia. Even though she was an incredibly difficult case, Sensory and Sheree never gave up on our baby, even when we were about to give up ourselves. We kept making those small steps, those tiny victories, and then all those tiny victories came together and Mia connected the dots and she started to eat – just a tiny amount at first and then slowly gained traction. Then, one day, everything came together for Mia, she woke up and decided she was going to eat. It was miraculous – she started eating and hasn’t stopped trying new foods or eating for a second since! In fact, typically, a removal of a g-tube won’t be authorized by a doctor until after 3 months of full caloric intake. Mia did so well we were able to take her g-tube out after 2 months of eating and weight gain. We can’t say enough about Sensory Solutions and Sheree. They stuck with us and with Mia and did so much for her and for us. We knew they were just as invested in Mia as we were and that gave us so much piece of mind. Sensory even crafted an intensive feeding program to mimic an inpatient program we had thought we might try out. Without the help of all of the therapists at Sensory, I do not know where we would be. What I do know is that for the first time in my child’s life – she is free of tubes. She is free of medical equipment that was necessary to sustain her life and she can now sustain her own life with intervention. She can focus on learning to talk, play, and be a kid. For that, we are forever grateful. 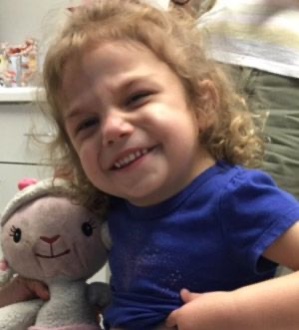 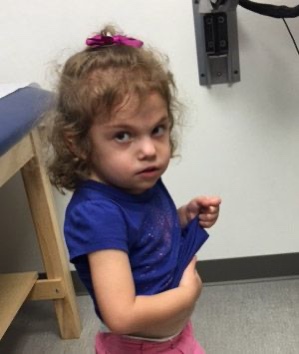 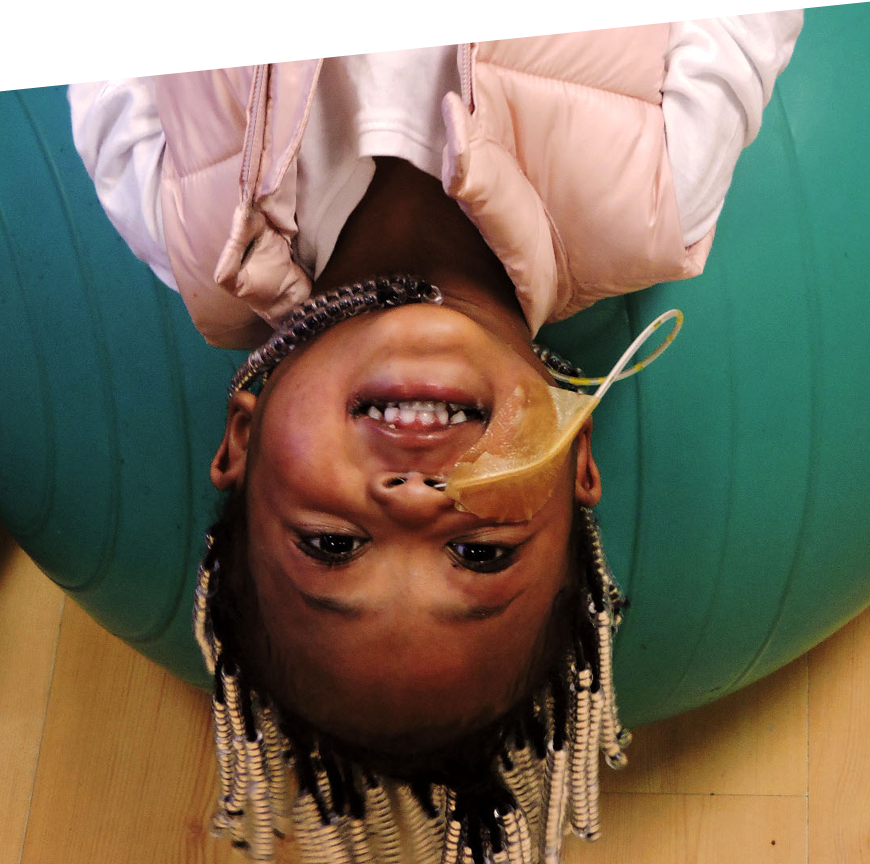